Helping You Perform At The Level Of Your Design

Hans Hageman is a social entrepreneur. He has developed visionary solutions to improve education from Harlem to India. Hans grew up in Spanish Harlem, New York. His home was Exodus House, a pioneering residential drug treatment center started by his father.

Hans’s parents were his first teachers in the importance of service to others. He went on to attend Princeton University and Columbia University School of Law. After law school, he went on to work as a prosecutor, chief counsel to a U.S. Senate subcommittee and as a defense attorney.

In the early 1990s, he shifted his mission to work with children who had been under served by the education establishment. This led to his founding of the East Harlem School at Exodus, an independent school that predated charter legislation in New York.

His work there was honored with an Essence Magazine award and the Robin Hood Foundation Heroes Award, among others.

Hans went on to found two more schools. One school worked with teens who had left the public education system. Those students learned about the wider world through activities like desert survival training with Boulder Outdoor Survival School and First Responder training. They furthered their real-world learning with service projects to Ghana, Senegal, and Nicaragua.

The other school was for poor Hindu and Muslim girls at the primary/elementary levels in India. During this time Hans also worked with major metropolitan police departments to improve their communications with the local communities.

In 2014, he became the interim Executive Director for Jitegemee, Inc., a program that works with homeless children in Kenya. He also served as the Executive Director of Children of Conservation (CofC). CofC supports sanctuaries for chimpanzees, gorillas, and elephants in Africa. It does this in large part by addressing the roots of poverty in the local communities. Extreme poverty in these communities leads to poaching and environmental destruction.

In August of 2018, Hans became the Executive Director of Land to Learn (formerly known as “Hudson Valley Seed”). Land to Learn works in 11 elementary schools in the Hudson Valley where they build vegetable gardens and provide experiential education based on those gardens. There is also a mentoring program for teens in Beacon and Newburgh. In June of 2019, Hans created a vegetable gardening and mindfulness program at Goshen Secure Center. This is a maximum-security facility for teen boys who have been convicted in adult court of serious violent crimes.

Hans’s time in the Army Reserve, training as a Reiki master, Ashtanga yoga teacher training under David Swenson and his certification training inPermaculture Design through PRI, all inform his approach to the work.

“You don’t invent your mission, you detect it.” – Viktor Frankl

I have 30 years' experience in coaching, consulting, and healing.

You’ll get the best mix of professional experience and creativity with us.

What others say about me

"Thank you for the opportunity to connect with you and grow professionally. Daunting challenges are associated with the transition of a professional athlete aiming for success in mainstream corporate America. I am a competitor with many strengths, yet, I’ve needed to be effectively navigated through these new uncharted courses. The professional assistance/guidance you provided has directed and educated me through the landscape, given me new tools that’s needed, added value to my brand, and significantly impacted my Image. I’m so happy I’ve taken your advice as I remain an enthusiastically active participant to the growth advantages social networking provides. And, this is just the beginning to “Books, Inspiring Speaking and Mentoring Young Basketball Minds”! Truly, the changes you encouraged me to implement have produced immediate results. I’m now moving in the right direction, attracting opportunities and capitalizing! Continued success and great works to you, most Invaluable!!! Please include this recommendation of your work on your profile. Everyone should know.” 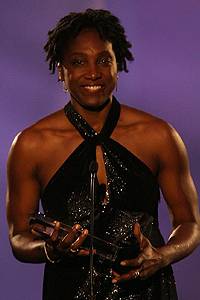 Teresa EdwardsOlympic Champion Basketball Hall of Fame Dream Faith Productions, LLC
"I am now a celebrity makeup artist, with 13 years under my belt. I’ve worked with celebrities such as Denzel Washington, Viola Davis, Kanye West, Usher Raymond and Janelle Monae to name a few. I’ve given my clients flawless faces that have walked the red carpets at the Grammy’s, Emmy’s and Golden Globes and seen some of their faces adorn the covers of magazines. I think about how this almost wasn’t my life, how I almost sabotaged myself because I didn’t think I was deserving of anything great, but this is my life and with the life tools Hans has helped me acquire, I now that I am and will always have the power within to be great. I will always have the power to bounce back from any adversities and that I will forever be in control of my destiny.”

Jessica SmallsOwner, Gorjess Makeup
“I approached Hans Hageman to consult for my foundation for several reasons: his experience in running organizations, fundraising and marketing. My gymnastics foundation has been going through a growth phase and it was imperative to look for outside expertise that knew what we do but could also look at our organization from a different perspective. Hans was easy to work with, responsive and very timely on deadlines. Hans helped our marketing on many levels – especially for social media and an op-ed letter for the NY Times. The letter that he prepared for our year-end appeal was very effective. We doubled our donations and it set the stage for future letters. I would work with Hans in the future and highly recommend him for other others in need of his services.” 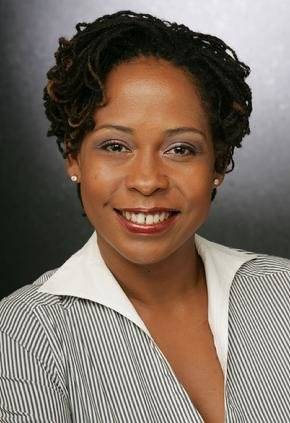 Wendy HilliardFounder & CEO, Wendy Hilliard Gymnastics Foundation
“Hans is a thorough and kind mentor and business coach. He gave me guidance last year while I was working on a book as well as growing my new business. He goes above and beyond to make sure you feel confident on your path. Hans also educated me about trends in the business world with changing technology so I could better prepare for my future. The whole time he was incredibly passionate and genuine. I could tell he genuinely loves his work and cares about the people he coaches. I highly recommend working with him!”